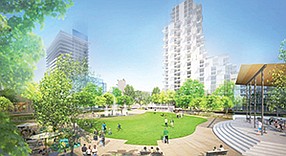 “The San Diego City Council recently removed a barrier to potential high-rise development in the core of the popular Hillcrest neighborhood…” “During 2017 and beyond, the city will be considering projects that fit numerous goals put in place as part of recently approved community plan updates for the Uptown area west of Balboa Park — […] 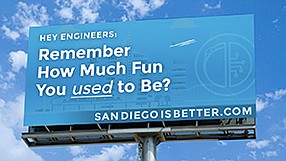 “An unprecedented effort to recruit tech talent from Silicon Valley down to San Diego will launch early next year, with hopes of legitimizing San Diego’s technology brand and adding some fuel to the startup fire.” ‘“San Diego has to become a more recognized technology brand,” Krenn said. “We need to make an impression in Silicon […] 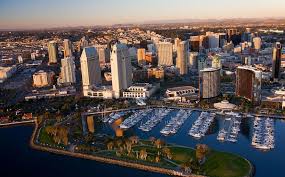 “The quality of commercial real estate loans on bank books continued to improve in the second quarter with the exception of the nation’s energy markets.” “Nationally, the amount of delinquent CRE loans declined about 21% (about $4.6 billion) to $17.78 billion in the past year, according to the latest numbers from the Federal Deposit Insurance […]

“Multiple building sales, renovations and redevelopments have taken place there since 2014, many involving vintage properties from the 1950s through the 1970s, and the pace hasn’t slowed so far in 2016.” “For instance, according to CoStar Group, that neighborhood since September 2015 has seen at least six relatively small, older office properties change hands for […]

“Hot Spots Heat Up Commercial Markets, But Caution Is in the Air Despite Fairly Solid Forecast” “In order of priority in San Diego County, he said interest among lenders and other capital providers is focused first on apartment construction projects and acquisitions, followed by the industrial, retail and office segments.” “Observers note that upcoming new […]

“Continued Strong Absorption of Medical Office Space and High-Dollar Acquisitions Spur Increased Spec Development” “The growing shortage of medical office building properties has stimulated a wave of new development, with an estimated 12.2 million square feet of medical office space coming into service this year, 37% above 2015 deliveries.” “Some developers are beginning to build […]

“The slowdown started a year ago when the resale inventory began to balloon. According to a new report by Integra Realty Resources for the Miami Downtown Development Authority, in May listings soared 58% from two years ago, to about 3,000 units, while monthly sales plunged 43%.” “Real estate is local, and every market has its own unique […]

“San Diego — So far in 2016, San Diego-headquartered real estate investment trusts are continuing to benefit from a West Coast climate of limited new retail center development in locations where major store operators are still looking to set up shop.” “Fundamentals are driving up property prices and the number of bidders seeking to acquire […]